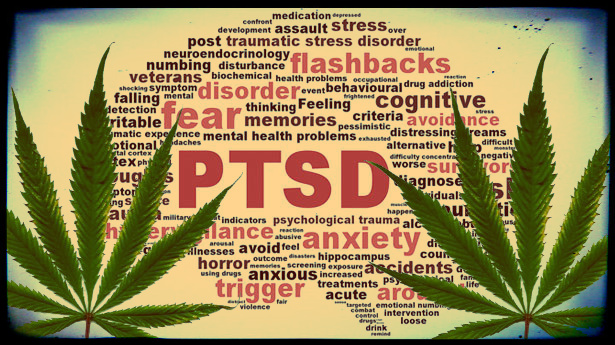 With analyzing PTSS, expert opinions are true capital gains. Dr. Mechoulam, an world reknown Israeli scientist who identified THC as the psychoactive compound in marijuana, discovered the brain’s endocannabinoid system and the endogenous neurotransmitter anandamide. He is one of the most respected Israeli neuroscientists and has been a senior advisor to the Israeli government on marijuana policy and the ethics of research. His research has led studies on showing how the neuroprotective effects of marijuana may eventually have applications for other neurological and psychiatric conditions, including Alzheimer’s, Parkinson’s disease, and PTSD.

The area of research surrounding PTSD suggest that the cannabinoid system is integrally related to memory, specifically to memory extinction. Memory extinction is a normal, healthy process of removing associations from stimuli. Dr. Mechoulam explains that an animal which has been administered an electric shock after a certain noise will eventually forget about the shock after the noise appears alone for a few days. Mice without cannabinoid systems simply never forget – they continue to cringe at the noise for an indefinite period.

This has implications for patients with PTSD, who respond to stimuli that remind them of their initial trauma experience, even when it is no longer appropriate. By aiding in memory extinction, medical marijuana could help patients reduce their association between stimuli (perhaps loud noises or stress) and the traumatic situations in their past.

If an individual were to want to get the most out of using therapeutic cannabis to improve a PTSD condition they should most certain try to low to moderate doses of cannabis. Since peak levels produce the most soporific effect, administration of cannabis right before bed should produce the most benefits for improving sleep patterns. If the goal is to use cannabis to facilitate extinction of the response to PTSD triggers than small to moderate doses of cannabis vapors should be administered shortly before planned exposure to the trigger at any time. If administered correctly, a series of regular extinction sessions will paid to produce in the extinction of PTSD.